Rock thrown at bus - Police are investigating after a rock was thrown through the window of a bus east of Hob ...
VAD debate drags on - A final Legislative Council vote has been postponed on the latest bid to allow terminall ...
Barker murder accused bid for bail - A Swansea couple in their 60's accused of murder will soon apply for bail. More than a ...
Amazon to expand Melbourne operations - Online behemoth Amazon is opening a second distribution centre in Melbourne's outer suburb ...
Cable car row reaches RMPAT - The Mount Wellington Cableway Company is taking Hobart City Council to the state's plann ...
Global virus increase a single-day record - Global coronavirus cases have risen by more than 500,000 for the first time, a record one- ...
Adelaide 500 cut from Supercars schedule - For the first time since 1999, the Adelaide 500 Supercars race will not go ahead in 2021.
Warning ahead of rock lobster season - On the eve of Tasmania's rock lobster season, two commercial fishermen are in serious ho ...
Border opening support - A report claims the majority of Tasmanians approve of the border opening. Research outf ...
Vic childcare centre closed, 100 isolating - A childcare centre is closed and up to 100 people are self-isolating after a girl connecte ... 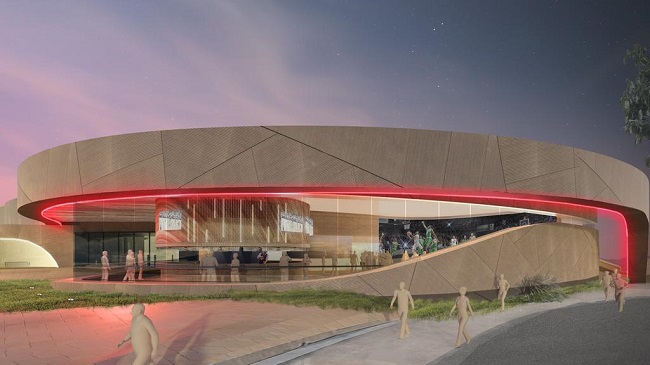 A local mayor is excited at the prospect of having a new $20 million indoor multi-sport facility in her municipality.

On Saturday, the state government announced tenders were being sought for the design and planning for the new facility, which will form part of the Derwent Entertainment Centre in Glenorchy, north of Hobart.

The centre will also house multi-use rooms for local sports and community activities, including 12 volleyball courts, 4 netball courts and 4 basketball courts, as well as a gymnastics stadium.

"Certainly council is committed to progressing the process of the proposal moving forward, so now we're just working with state government and also the NBL around what the next steps are for this proposal, very exciting times," she said.

It's set to transform sport in the state.

"Council has made no qualms about the fact that we want this to be a significant regional facility for all of Tasmania, especially Southern Tasmania, and most importantly our community. The announcement that the tenders are now out for this fantastic community sporting facility is really pleasing to see this progress."

It's expected the facility will be up and running by 2022.