UK approves Pfizer COVID-19 vaccine - Britain has become the first western country to approve a COVID-19 vaccine, jumping ahead ...
Qld to review Fraser Island blaze response - The response to a massive Fraser Island bushfire that has destroyed almost half of the wor ...
No charges over SA virus lockdown debacle - No criminal charges will flow from misleading information given to South Australian health ...
Day on the Lawn festival line-up - The Day on the Lawn festival was launched today (Wednesday) at the Royal Botanical Garde ...
Port Arthur massacre film controversy - Distress continues in Tasmania in reaction to news a movie about the Port Arthur gunman ...
Damaging winds to continue - Wild weather lashing much of the state on Tuesday night is forecast to ease off in most ...
Bandidos members charged after police raid - Three Bandidos bikie gang members are facing charges after a police raid on their East D ...
Shedding man linked to Vic wastewater find - A COVID-shedding Victorian man who returned to the regional town of Colac is the likely so ...
Job seekers baulk at farm work incentives - Fewer than 150 people have been lured by cash payments of up to $6000 to move to the regio ...
Queensland to see budget red for years - Queensland will run deficits for the next four years and plunge into almost $130 billion w ...

Escape from SA: Tassies in lockdown 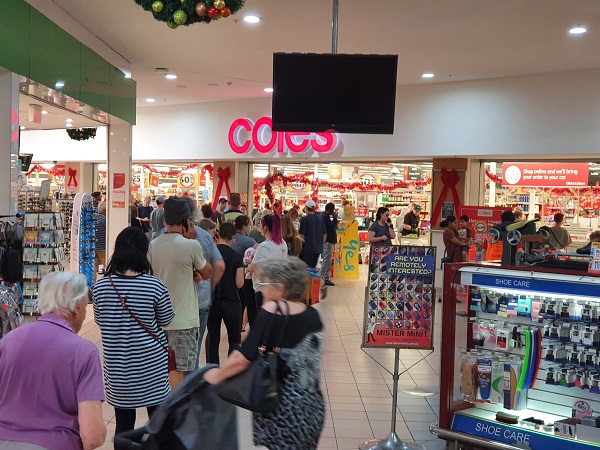 The latest figures indicate Adelaide's cluster has grown slightly to 23 cases, with another seven suspected cases.

Bagdad man Jason Evans and his family are hoping to leave Adelaide on Thursday afternoon's Hobart flight and face two weeks in home isolation on their return.

The Evans family is holed up in a near-empty caravan park at West Beach.

"Everyone was told, unless you don't have a home to go to, the park's closed, get on out of here," he said.

"I noticed a security guard walking around the park, you have to wear a mask outside now in SA, there are very limited reasons on where you can go, similar to Victoria."

He says he was disappointed to see another rash of panic buying break in Adelaide on Wednesday (pictured).

"We saw that happen all over again with the toilet paper...they announced the lockdown, we were actually at the supermarket when it happened, then the chaos began," he said.

Mr Evans also noted a rush of bookings for South Australians looking to leave Hobart after being told to self-isolate for a fortnight if they wished to stay.

"I checked the flights last night, the Hobart to Adelaide flight only had 50 seats free," said Mr Evans.

"I noticed the Saturday night flights have been moved, but if we can get out tonight on the 4:30 flight, that would be fantastic."