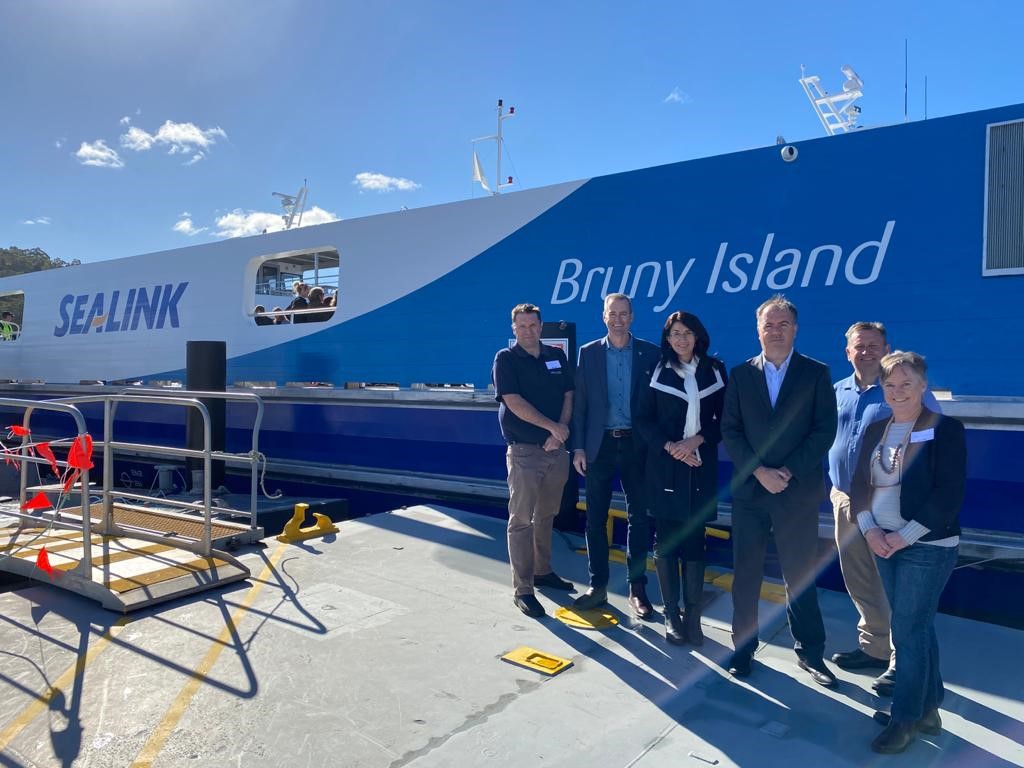 Bruny Islanders and holidaymakers are being assured a newly-launched ferry will help address frustrating bottlenecks at the popular southern destination.

Sealink worked with the South East Tasmanian Aboriginal Corporation to arrive at the name, which means "whale" in the local dialect.

"This is about service safety, reliability and also greater capacity with 108 vehicles able to be transited every hour, which compares to 82 before," he said.

"Proudly built here in Tasmania, aluminium, 42 metres, they are sister ships, the Nairana and Parrabah, and they're going to be safer, have higher capacity and be able to move more quickly."

"It's a great effort by Sealink and their executive to make that decision to work with the local people in the local area," said Mr Dillon.

"They should be recognised for that; this is the way other people should do business with Aboriginal groups."