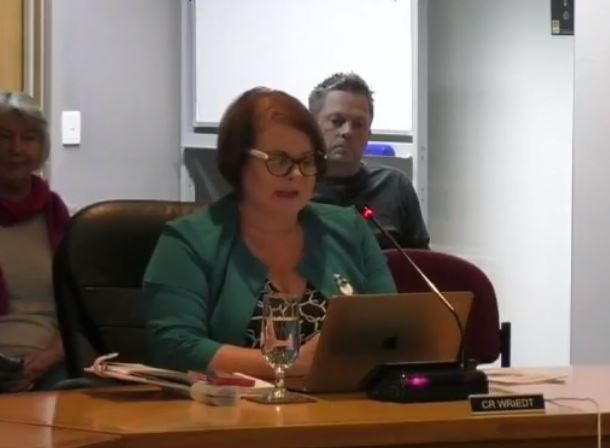 Kingborough's Mayor says he's disappointed a councillor who was due to apologise for bad behaviour at Monday night's meeting didn't show up.

Councillor Paula Wriedt's code of conduct complaint against David Grace for threatening to "put her on her tail" after she called him out for sexism was upheld.

"The Panel determined that I had both the right and the responsibliity to draw that issue to Councillor Grace's attention," Cr Wriedt told the meeting.

"I was not prepared for the aggressive responsive, the disruptive behaviour, and then being threatened with physical violence."

"The report from the Code of Conduct Panel is quite damning, and it says that Cr Grace showed no remorse for the comment he made."

"I haven't received an apology from Cr David Grace and I haven't heard from him," he said.

"He hasn't advised council formally that he is not arriving tonight, which is to my great disappointment."