Thumbs down to coronavirus passport - Eric Abetz is not on board Australia introducing freedom incentives or vaccine passports ...
Drive-through jab clinics may join rollout - Stadiums and shops could be the next frontier of Australia's coronavirus vaccine rollout, ...
Households urged to complete census early - More than a million Australian households have completed their census forms, six days ahea ...
Recent heavy rain causes issues with Bass Highway - The Department of State Growth has advised recent heavy rain has caused potholes and oth ...
Spend your travel vouchers on the Coast - North West Coasters are being encouraged to spend travel vouchers in their own region, r ...
Central Coast highlighted through VR - The Central Coast region is being highlighted by a virtual reality programme being acces ...
Plenty or racing on the Coast this season - Punters and racing fans on the North-West Coast will have plenty of opportunities to wit ...
Qld arrivals nabbed for flagrant COVID rule breach - Police appear to have finally lost patience with those flouting Tasmanian Health's stay- ...
Holiday vouchers opening soon - The next round of the Tasmanian Government's wildly popular holiday-at-home vouchers wil ...
McSweyn has more in the tank - (AP Photo/Petr David Josek) Australia has two runners in the semi-finals of the 1500 me ... 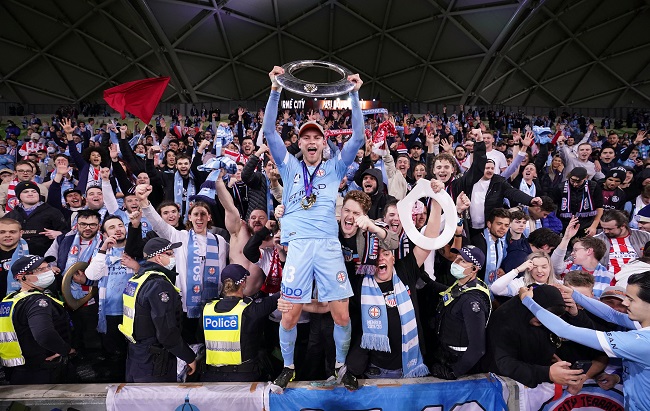 A Riverside Olympic product is Tasmania's first athlete in action at the Tokyo Games.

Launceston's Nathaniel Atkinson lines up with the Olyroos who are taking on Argentina at 8:30pm tonight AEST.

Last month Atkinson was man of the match in Melbourne City's A-league Grand Final win, in doing so becoming the first Tasmanian to win the competition.

The 22-year-old, who began playing with Launceston club Riverside Olympic before moving to Hobart and Melbourne to chase his sporting dreams, said he was thrilled about becoming an Olympian and hopes it may lead to the next chapter in his life.

“As a footballer you want to play on the biggest stage and other than a World Cup, Olympics are probably the next best thing,” said the winger who fondly recalled watching superstar Neymar help Brazil claim its first Olympic soccer gold medal in Rio de Janeiro five years ago.

“Being mostly an under-23 competition, it’s going to have a lot of eyes on it and overseas clubs looking at it, so it puts you on the market and is a big opportunity to make a career for yourself.”

Atkinson is the second Tasmanian soccer player to compete at an Olympic Games after Hobart-born former Marconi defender Dominic Longo was in the 1992 team in Barcelona.