Changes to bus routes from next month 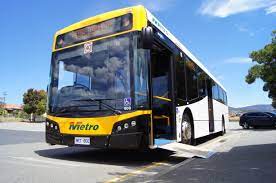 Changes are on the way for North-West bus routes, which the State Government says will deliver faster, more frequent and more direct bus services.

Changes to the North-West network were introduced in January this year, with Infrastructure and Transport Minister Michael Ferguson saying the latest tweaks will start on October 3.

The key changes will include new stops at Latrobe and South Burnie and it will be easier to connect with the high-frequency North West Express Service between Burnie and Devonport and inter-city services between Devonport, Launceston and Hobart.

More details are on the State Growth website at transport.tas.gov.au