Inquiry into Folbigg's baby convictions - Kathleen Folbigg's convictions for killing four of her children will be the subject of an ...
Covid-19 density restrictions to be scrapped - Crowd density limits will be scrapped this coming Friday. Premier Jeremy Rockliff has m ...
Abel Tasman making it's final voyage - The former Bass Strait passenger ferry Abel Tasman is on its way to a scrap yard in Turk ...
Dark Mofo announces new show in support of Ukraine - Dark Mofo has announced a special performance at this year's festival. With Ukraine wil ...
Dawson called student 'petal', court hears - A former student taught by Chris Dawson has revealed how he would call her "petal&quo ...
PM dodges inflation, wages responsibility - Prime Minister Scott Morrison is blaming Australia's cost of living crisis on inflation, w ...
Potato farmers spitting chips - The saying "cheap as chips" might become a thing of the past with North-West C ...
Bass Highway improvements on target - The State Government says work is on schedule as part of the $280 million Bass Highway A ...
Volunteers needed for cultural hub - Ulverstone's cultural hub, the Hive, is on the lookout for more volunteers. The Cent ...
Sluggish wage growth won't stop rate rises - Australian wages are growing at less than half the rate of inflation, but economists warn ... 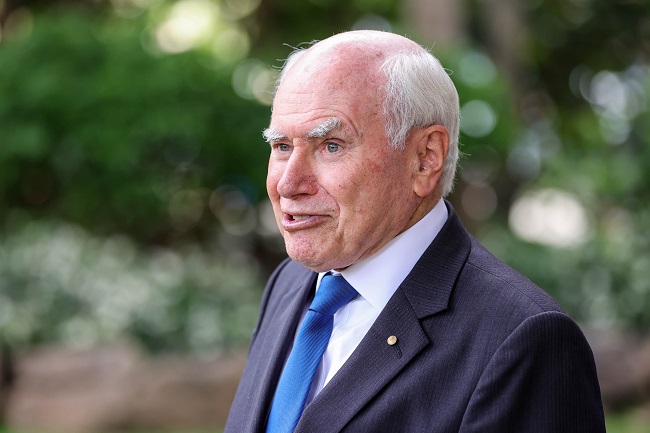 John Howard believes the latest polling is understating the Liberal-Nationals coalition vote ahead of the May 21 election.

But the former Liberal prime minister admits the election will be "very tight".

A poll conducted by YouGov for The Australian predicts Labor would win government with 80 seats in the lower house, leaving the coalition with 63 seats and an eight-member cross bench.

"It has understated the coalition vote," Mr Howard told the Nine Network on Thursday.

"But it will be very tight. Anybody with any brain on our side will recognise that."

Mr Howard, the host of a new documentary about Sir Robert Menzies - who served as Australia's prime minister between 1939 and 1941, and again from 1949 to 1966 - said a lot of the fundamentals of government had not changed since that era.

His comments came as Prime Minister Scott Morrison visited the northern Tasmania seat of Bass where he announced more than $55 million will go to mental health and suicide prevention support and services in the state over the next five years.

The Morrison government will spend $45.6 million, with the Tasmanian government providing $9.4 million in-kind.

The bulk of the funding will go to three new Head to Health satellite clinics in Burnie, Devonport and Outer Hobart, with ongoing funding for the state's first Head to Health centre in Launceston.

There will also be funding for children's services and three eating disorder day programs.

Mr Morrison said an agreement with the state government would ensure Tasmanians had access to more support, when and where they needed it.

It is estimated the federal health department will spend $6.8 billion on mental health and suicide prevention services and support in 2022/23.